The Kenyan authorities have arrested a Ghanaian national who is alleged to have fraudulently obtained $83,000 (£58,490) from a woman in a romance scam.

The police’s Directorate of Criminal Investigations (DCI) said a female manager at Tala, a digital lender that issues small loans to Kenyans, met the Ghanaian called Victor Anane through an online dating site.

“The suspect… masquerades as a preacher, approaches innocent women looking for love and affection online, with promises of making their lives better before fraudulently obtaining money from them.”

The woman only became suspicious of Mr Anane when she visited his house in the capital, Nairobi, the police said.

“She was shocked to find paraphernalia associated with witchcraft and magical rituals. What was meant to be a romantic date turned ugly,” the DCI said, posting on Twitter bizarre photos of items allegedly linked to witchcraft recovered from Mr Anane’s house during a raid.

Security officials say some of the money given to the man was allegedly taken from Tala’s accounts.

The suspect, who has not commented on the allegations, is set to appear in court on charges of obtaining money by false pretences. 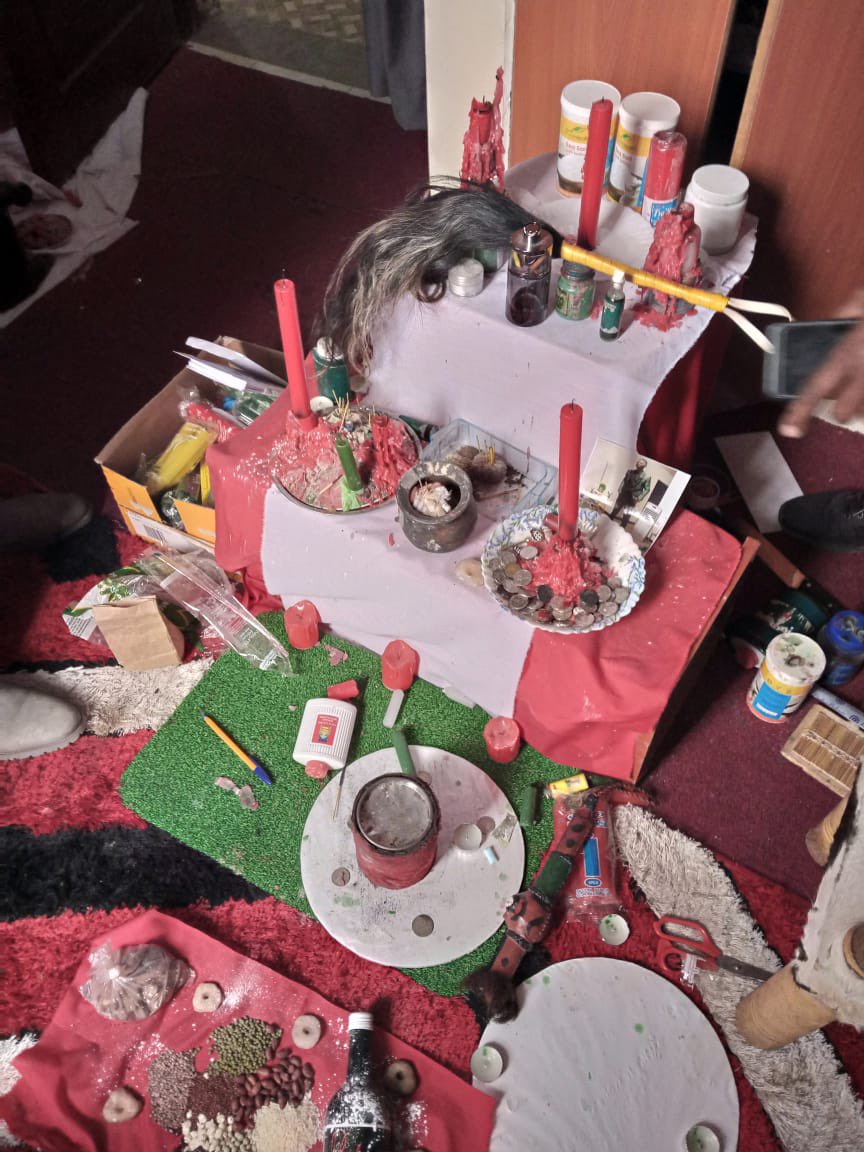 Police hunts for a man who stabbed his wife after threatening...

“We keep dangerous criminals but we’re the most neglected security agency”...

I’m on ‘Fake’ Pastors because Religion is Impeding Progress in Ghana—...

Sekondi: Fetish priest rushed to the hospital over a broken heart